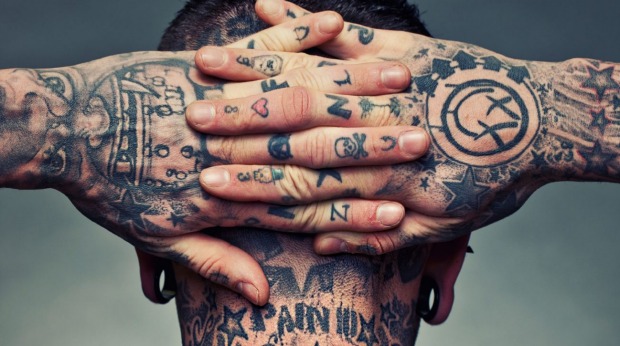 It’s estimated that up to a quarter of young adults in Australia have a tattoo. Of those, a quarter will at some stage want to have it undone, a Choice report estimates.

Many are happy to remain inked, but others will go to great lengths to return their skin to its un-inked state. Monash University professor of sociology Alan Petersen suspects the current vogue for inking and later de-inking ourselves is an outgrowth of a consumerist mindset.

“Tattooing has strong cultural roots in some tribal societies but my guess is that its increasing popularity in places such as 21st century Australia is about people seeing their bodies as marketable objects that can be altered and enhanced,” he says.

“That may involve decorating your body with a tattoo or having a tattoo removed if, for example, it’s holding you back in the job market. Put simply, many of us no longer see body modification as a big deal.”

But for sufferers of tattoo regret, getting a tough sticker rubbed out is likely to be a very big deal. Modern laser removal is far preferable to some of the old-school methods – injecting pigeon excrement into the skin; burning the tattoo with acid; scrubbing it with a salt-covered brush; or slicing away the tattoo and replacing it with a skin graft – but it remains painful, time-consuming and costly (think anywhere from $2500 to $25,000).

“It typically takes at least a year to completely remove a tattoo,” says dermatologist Dr Michael Rich, founder of the enRich Dermatology and Cosmetic Surgery clinic. “For a hand-sized tattoo, we charge $300 a session and it can take 10 or more sessions to remove. The laser pulses that remove the tattoo are painful but at clinics such as mine you do have the option of having a numbing cream applied or an anesthetic injected.”

The end result? “In 80 to 90 per cent of cases, the skin goes completely back to normal. In the remainder of cases a faint shadow of the tattoo remains. Scarring is unlikely if you go to an expert who is using the right equipment, but there may be some lightening or darkening of the skin, which is usually temporary.”

Dr Rich’s clientele is largely made up of those navigating the territory between youth and middle age. “People can decide they don’t like a tattoo at any point but it’s typically when people are in their 30s or 40s that a tattoo they got in their 20s starts to seem ridiculous,” he says.

“Getting promoted, changing career or becoming a parent also seems to spur people to tattoo removal. Often there is a palpable sense of relief in the room at the end of every session as people see the tattoo is fading further away and they’ll say something like, ‘I’m happy to see the end of that and move on with my life’.”

It’s a case of buyer beware if you have your tattoo removed by anyone other than a medical professional using a $150,000 Q-switched laser machine. If you end up in the hands of a removalist using a $10,000 Intense Pulsed Light (IPL) laser of the type beauticians employ to even out skin tone, you had best have low expectations and a high tolerance for pain.

Mike Anderson, co-owner of the Think Again Laser Clinic, offers the following advice for those wanting to avoid trading an unloved tattoo for a medical problem. “Go somewhere that focuses solely on tattoo removal, not a beauty clinic that offers it as one of many services,” he says.

“Review the removalist’s qualifications, check out their before and after photos, Google them to see what past customers are saying and trust your gut instinct. Also, be aware that a cheap price almost certainly means a cheap laser that either won’t completely remove the tattoo or will cause permanent tissue damage while doing so.”

“Reputable tattooists try to stop people making decisions they’ll later regret,” she says. “They never tattoo anyone who is intoxicated or underage, and they don’t tattoo the hands, neck or face of anyone who isn’t already tattooed and aware of the reactions visible tattoos can cause.

“Often they’ll work with a client to improve the design they’ve come up with or suggest alternatives to it. And sometimes they’ll flat-out refuse to do what the customer is demanding, as I did when a young woman wanted me to put a Playboy bunny logo on her neck.”

Dukanovic also points out tattooists can recommend trustworthy tattoo removalists to their current and former clients. “Tattooists often get their older tattoos lasered off to create space for new designs, so they know who the best tattoo removalists are.”